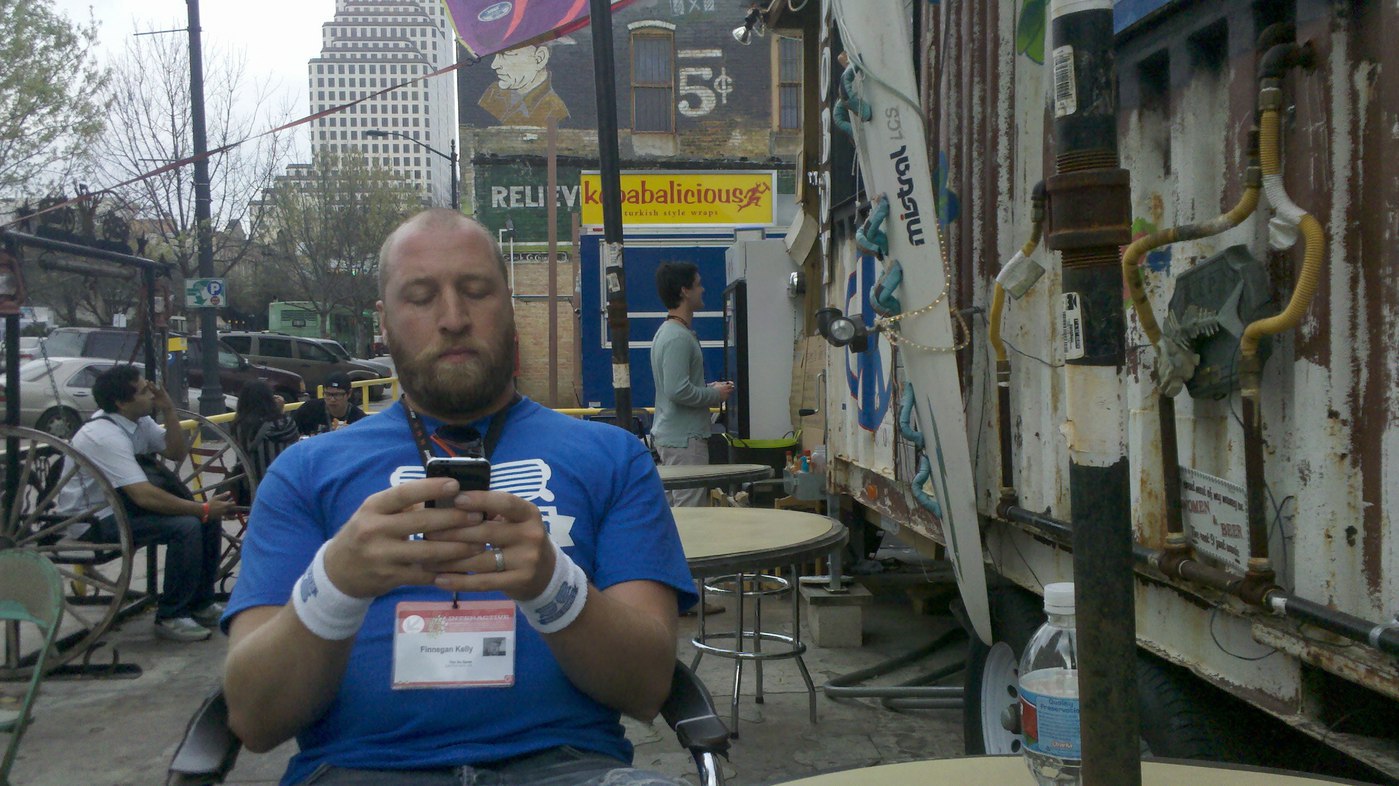 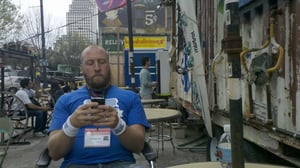 We came back from SXSW a few weeks ago. Noggins full of ideas, headaches and other good things. Coupon-mania, marketing-babble, and hipster jokes aside, SXSW is still a totally awesome gathering. Overall, this year seemed a bit less tech-y, and more culture-y. And definitely more business-y.
But first, a HUGE thanks for Marko, Aris and Orion who put Finn and I up in their South Congress home. Lots of great company, chickens and wine at the Casa on La Mesa.
So, we had 4 main objectives at SXSW: 1. Get some publicity for The Go Game App. 2. Be inspired by other creators, and network a little 3. Have fun 4. Run a kick-ass game for the Texas Style council
All told, I think we met with reasonable success in all 4 areas.
Publicity (Grade B+): Man, it's a crowded space for those of us launching a location-based app game! We abandoned the strategy of a few years ago (dress up like insane people and do weird stuff like a high-school themed game) in favor of a more directed approach, courtesy of Marie Domingo. The overall approach was slightly less insane/entertaining, but definitely easier on the liver. She targeted  journalists and bloggers who wanted to write about The Go Game App and  we were particularly happy with Chris Dannen's Fast Company article. Awesome job Marie! Fittingly, for the Fast Company interview,  Finn and I sat on rocking chairs on a porch, pontificating about location-based games like the geezers we are.
Be Inspired/Network (Grade A-): SXSW has to be the easiest place to do both things. We really loved meeting/chatting with:

Have Fun (Grade A-): Finn had the masterful idea of renting cruiser bikes. So each morning and night we'd pedal to or from downtown. Fun every time (except when you couldn't recall where you parked the bike). Saw a great Trombone Shorty show put on by PBS with old pal Glynn Washington. Face melted and got to hang with Mr. Shorty after the show a little -- it was as though he attended Vanyerchuk's talk. He had so much time for everyone, really gracious, hanging at the bar, chatting, effusive with his thanks. Go Gamer Jenny Gottstein was always the life of the party. It's like SXSW was made just for her. Run a game for Texas Style Council (Grade: A) Jenny rallied hard and wrote an awesome Clothing Swap/Vintage-themed game for our friend Indiana at the Texas Style Council that we ran on Saturday. Good times were had by all!
[gallery]
Oh, and some pics!