Team Building: Where Everyone is the Beloved Underdog

During this year’s suspense-filled World Series, many people experienced the joy of cheering for a team who, seemingly against the odds, might win. This phenomenon is called “the underdog effect,” and psychologists have documented it, running tests where people overwhelmingly choose to support the team least likely to win.
Theories abound, both scientific and anecdotal, as to why this fascination with the underdog prevails. One theory is that spectators like games that aren’t lopsided, so they root for the loosing team in hopes of seeing the score balance and suspense build. (No matter if you're a Cubs or Indians fan, weren’t you just a tiny bit thrilled to see the World Series go to the seventh game with extra innings?) Plus, because there’s little at stake with a team prescribed to lose, a win feels all the more triumphant. And a loss? Meh. It was to be expected. 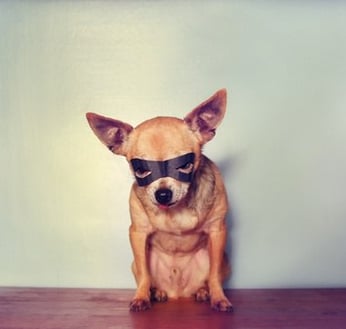 Another explanation for rooting for the underdog is the possibility of schadenfreude, the perverse pleasure we sometimes derive from the misfortunes of others. (If you think you’re a saint, take a second to recall if you ever wished something horrible to befall an evil boss or an ex after a bad breakup.) Sometimes it’s reassuring to think that giants can fall, so the schadenfreude theory says that people support the underdog simply because there might be a chance to watch (with glee!) as a powerhouse team fails.

But one theory that we see missing from the pile is the exact opposite of schadenfreude. We all know what it feels like to lose. We’ve all been the underdog at something at some point in life—on the playground, on a sports team, at a job or maybe in romance. If Michael Phelps challenged Michael Jordan to few laps in the pool, odds are that Jordan would loose badly. Nobody, not even MJ, is great at everything. We can empathize with the underdog.

As game producers, we appreciate experiences that create underdog situations, but with a twist: We want everyone to experience being an underdog. We want to get Phelps out of the pool and Jordon off the court. Once they’re both in unfamiliar territory, things get more interesting.

When designing a team-building event, we ask ourselves a series of questions: How can we create experiences that help people move safely past their comfort zones? Is it possible to push the boundaries for everyone in a group simultaneously? Or can the positions of power shift unexpectedly during play?

Because we create challenges that demand different kinds of intelligence, every person on a team gets the opportunity to shine and experience a heroic moment. And by leveling the playing field, our games offer people the opportunity to see their colleagues’ strengths in a new way.

It’s a recipe like the 2016 World Series with alternating underdogs and tons of suspense. It’s an opportunity for people to work together and discover strengths as both individuals and as teams, a place where something unexpected could turn the tables for a win. And a place where everybody loves—and is, temporarily—an underdog.