Spice Up Your (Work) Life

“Nothing beats hundreds of people taking over a neighborhood... running around chasing Batman and reenacting Grand Theft Auto”
San Francisco Business Times explains how we fuse technology & gaming to create the ultimate teambuilding adventure:
“It’s so much a part of everyday life interacting with your smartphone. It’s actually incredibly natural even though it’s a novel way of doing a game,” said Coopervision’s Vice President of Marketing James Gardner“The way you’re interacting, the way you’re uploading videos and taking pictures, it’s what so many of us do with social media sites, that doing it as part of The Go Game was very easy. And it meant everyone in the group was able to use the device.”
“Technology for us is core to the experience, but it’s always in the background,” Go Game c0-founder Ian Fraser said. “Technology enables you to walk into a Starbucks in the city with the true conviction that you’re on a special mission. You’re inhabiting this superhero space in your mind, but you’re not looking at your phone, you’re looking at one guy with a hat who’s playing a Neil Young song, who might have a key to solving your clue." 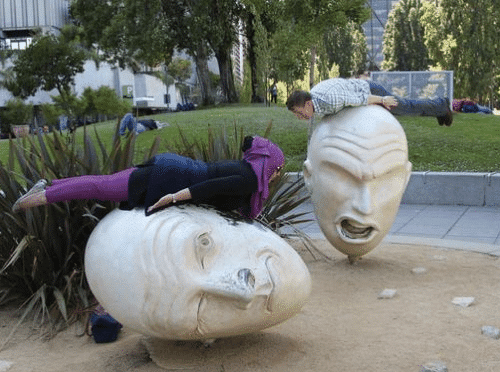