Team Building by the Thousands 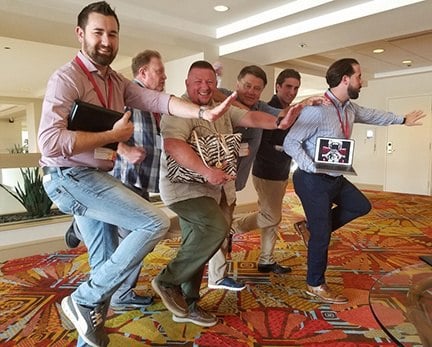 “A good decision is based on knowledge and not on numbers.”
—Plato

While our average team-building event usually involves 20 to 150 participants, every now and then we work with much bigger digits, like a recent gig we ran for almost 1,500 people in Orlando, Florida. That’s a whopping 150 teams to manage, along with digital devices, hired actors, props and logistics. And the cherry on top? The client requested a customized version of The Classic Go Game with sports-specific challenges. No problem. We got this.

How do we pull off a game like that? Like Plato said, it’s about knowledge, not numbers: We’ve been doing this for 15 years and are fortunate to have a solid staff with creativity out the wazoo. So we flew a small faction out to Orlando a few days early and got busy:

1. Two game producers sat down together and wrote 70 customized, sport-specific scavenger hunt scenarios and loaded them into Breadcrumb, The Go Game’s own software that participants run from mobile devices while they play.
2. Another staff member hired over 20 actors and prepared them to work as plants in the game at various locations around the Hyatt Regency Orlando and a few blocks down the street.
3. The team also rounded up a strange mix of props and gear, such as remote controlled cars, ropes for tug o‘ wars, twisting balloons, etc.—a task that’s a little like a scavenger hunt in its own right.
4. Lastly, before releasing 1,500 people loose on the hotel premises, we spent time getting a lay of the land, making a detailed plan and clearing it with the hotel’s event management. 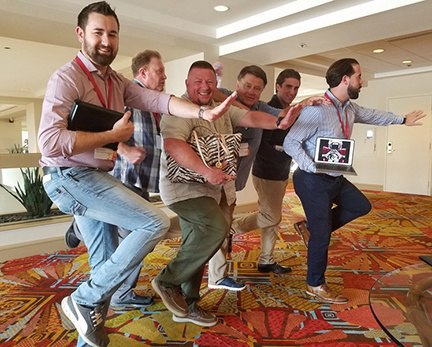 Once the bones of the game were in place and game day arrived, the event was like butter.

Well, that’s not to say there weren’t a few shenanigans: One participant leapt into the hotel’s swimming pool fully clothed, another gave his boxers to one of the actors in the hopes of scoring big points and one team hit the emergency stop button on the hotel escalator. But in our industry, and especially with 1,500 adults at play, antics are all in a day’s work.