Play: As Universal and Far-Reaching as the Internet

The internet changed everything. The world gained global access to ever-growing sources of information (both real and false), commerce (both legit and scammy), platforms for socializing and endless entertainment. At The Go Game, what we’ve appreciated most—well, aside from hundreds of hours of delightful cat videos and dazzling memes—is seeing that play is truly universal.
Play is the undisputed universal language of childhood. (If you’re unfamiliar with this phenomenon, grab a nearby toddler and take him or her to a playground anywhere on the planet. It won’t take long before the tots are all playing together.) But, sadly, as adults we play less often. That’s not to say that our natural inclination to connect through play ends 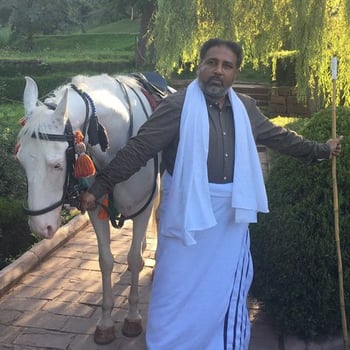 at an arbitrary age; we retain an inclination and ability to play at any age, regardless of nationality. We work all over the world and can testify that play is as far-reaching as the internet.

Cosmina Pacurar, our game producer in Romania, is involved with our team-building efforts in Europe, Eurasia and South Asia. She recently worked with a group of upper-level management mostly in their 50s at a telecommunications company who wanted to play The Classic Go Game, a scavenger hunt that combines creativity with spy-style missions, in a remote mountainous region in Pakistan.

Unlike most Americans, who clamor for selfies and video shenanigans, this group was a little camera shy. They requested missions that wouldn’t make them look too silly, objectives that would reinforce their company values and simple instructions because not everyone was fluent in English. Fair enough. We customized the game, tailoring the language, promoting specific values and making the missions more serious (while still including The Go Game’s notorious humor and playfulness).

Wherever we go, it usually takes 10 or 15 minutes before people relax and start enjoying the fun—much like new kids on a playground—and this group was no different. Shortly after the game began, the participants’ innate instincts to play kicked in. With missions based on iconic landmarks, artworks and historical events (familiar to most everyone, thanks to the internet), The Classic Go Game is inclusive for everyone, regardless of culture, age or religion. Of course new interpretations of the challenges sometimes emerge in international locations, but if there’s an ostrich or horse nearby, who wouldn’t use it as a prop?